Early 20th century coinage, apparently invented by Oscar Wilde, who used it for the main character in The Portrait of Dorian Gray (1891)

He probably took it from Late Latin Dorianus, from Greek Dorieus, a member of the Greek-speaking people who settled in the Peloponnese in pre-classical times. Dorian would thus be a male form of Doris. [1]

Dorian Gray, invented by Oscar Wilde, is a dissolute rake who retains unblemished youthful good looks; in the attic of his home is a portrait which does his ageing for him, gradually acquiring all the outward marks of his depravity. [1]

Name Count per Country (What's this?)

Please turn your device to landscape orientation for better view of statistics tables and graphs. 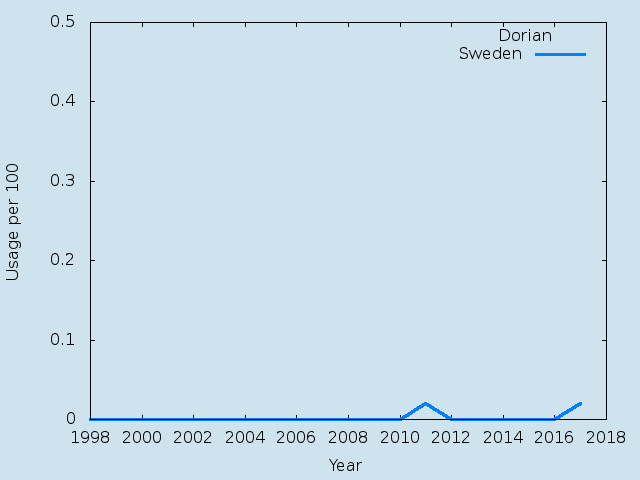