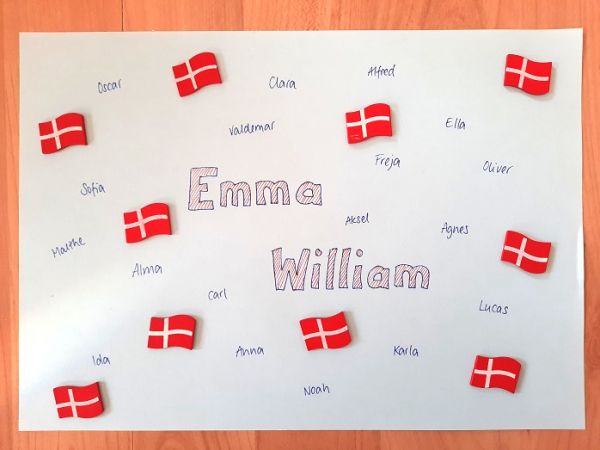 Emma has been a very popular name for quite a long time now. It entered the top 10 list back in 1995 and has been on the very top 7 times since.

Arthur (no 8) and August (no 9) are new among the boys. The names that left the top 10 instead are Victor and Valdemar.

New female names are Leonora, Merle, Molly (highest new entry on place no 37) and Mynte. The names that left the list are Caroline, Johanne, Naja and Vigga.

New male names are Erik, Matheo and Walter which entered instead of Laurits, Philip and Sebastian.

On the other hand there were some names that lost in popularity as well. The ones that fell deepest were Ida and Victoria among the female names, which both fell by 12 places in the ranking from no 1 to no 13 (Ida) and from no 21 to no 33 (Victoria). The deepest dive among the male names took Christian, from no 24 to no 39.