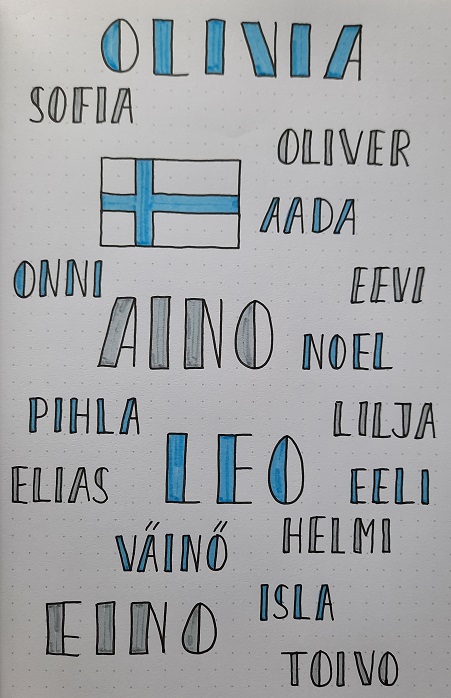 On the other hand there were some names that lost in popularity as well. The one that fell deepest was Vilma among the female names, which fell by 19 places in the ranking from no 25 to no 44. The deepest dive among the male names took Mikael, which fell by 16 places from no 12 to no 28.