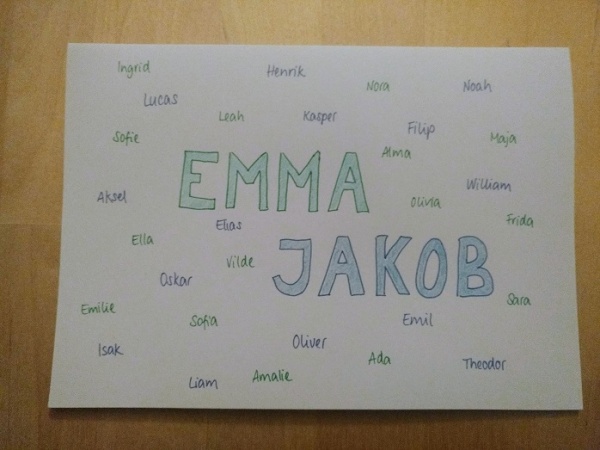 Emma has been a very popular name for quite a long time now. It entered the top 10 list back in 2002 and has been on the very top 9 times since.

Jakob/Jacob has been on the top 10 list for 8 years now and it is the second year we find it on the very top of the list.

William is new among the boys on place 8. The name that left the top 10 instead is Elias which is on place 15.

New female names are Eline and Ellinor. The names that left the list are Klara/Clara and Elise.

New male names are Leo, Sigurd and Sverre which entered instead of Erik, Gabriel and Jonathan.