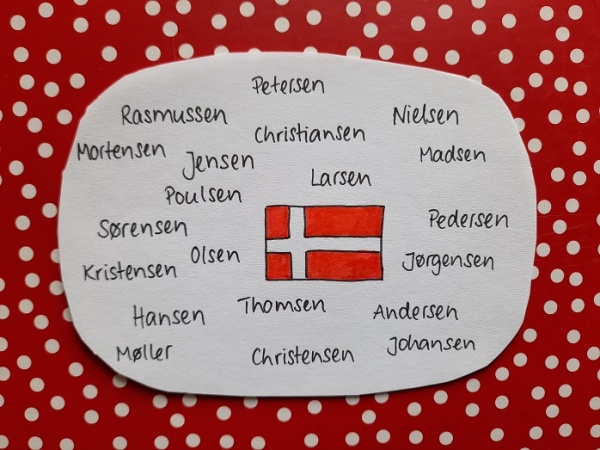 Hereditary surnames became mandatory in Denmark in 1828. The most common way to deal with this was to keep the current primary patronym and use it as a surname.

This is the reason why today the most common Danish surnames are patronymic surnames from the given names that were most popular in Denmark in the late 18th century.

The only surname in the top 20 which is not a patronym is the occupational surname Møller = 'miller'.

The most common surnames in Denmark in 2020