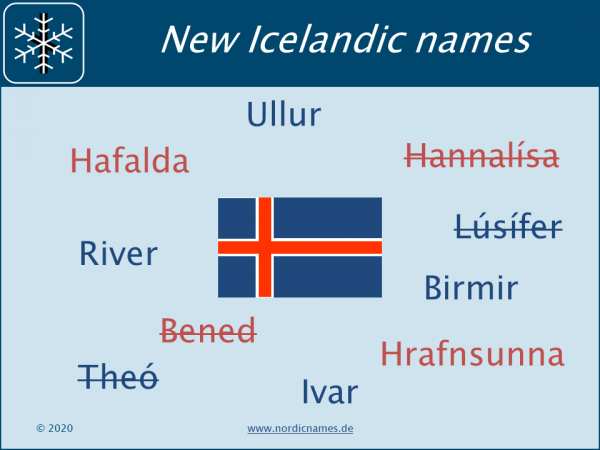 25 January 2020
Welcome to our first 'real' blog article! The blog articles are meant to give you some deeper information than just the short facts in the Blog. We hope that you will enjoy them!

In January 2020, ten names were submitted to the Icelandic naming committee for approval. Six of them were approved and four rejected: